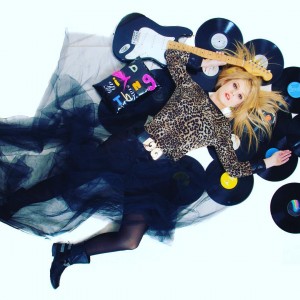 Luan Parle said: “I am just back from my European tour so I am delighted that I’m able to support Tiglin’s charity event. Being from Wicklow, it is extra special to be able to perform to a local audience. I am currently working on my new album so it will be nice to take a break from the studio!”

Speaking about Luan performing Phil Thompson CEO Tiglin said: “Luan has had numerous hits and accolades and her top 10 hit single ‘Ghost’ spent three months in the Irish Charts and was the most played Irish single of that year! The Wicklow Songstress has an amazing voice  that can give you goosebumps! We are really lucky that she is available and guests are in for a real treat.”

The Evening of Glitz and Glamour will include a fashion extravaganza, styled by Joanne Costello from X Media, Delgany which will showcase Autumn/Winter ‘17 collections from top Irish Designers and the best of Greystones boutiques.  Other entertainment will be from Pop/Rock Band ‘Taken’; Reuben Evans, RTE Presenter and Entertainer and DJ Steven Cooper, 98fm. There will be special guest appearances too! Goodie Bags Sponsored by The Guinot Salon Greystones and VIP guests will receive two goodie bags, one from The Guinot Salon and one from Brooke and Shoals.

All the proceeds will go to Tiglin who provide services to the homeless five days a week through their No Bucks Café which gives food, blankets, clothing and toiletries to those sleeping rough on the streets – they depend on the No Bucks Team for both emotional and physical support. Tiglin also offers support to those suffering from addiction problems and have centres in Ashford, Brittas Bay, Arklow and we have a Housing Facility, Carraig Eden in Greystones.

If people would like to buy tickets they can do so on: eventbrite https://www.eventbrite.ie/e/an-evening-of-glitz-and-glamour-in-aid-of-tiglin-tickets-36686311746?aff=es2

Those wishing to donate an auction prize or raffle prize, or to buy tickets directly, can contact Yvonne Hyland on  [email protected]