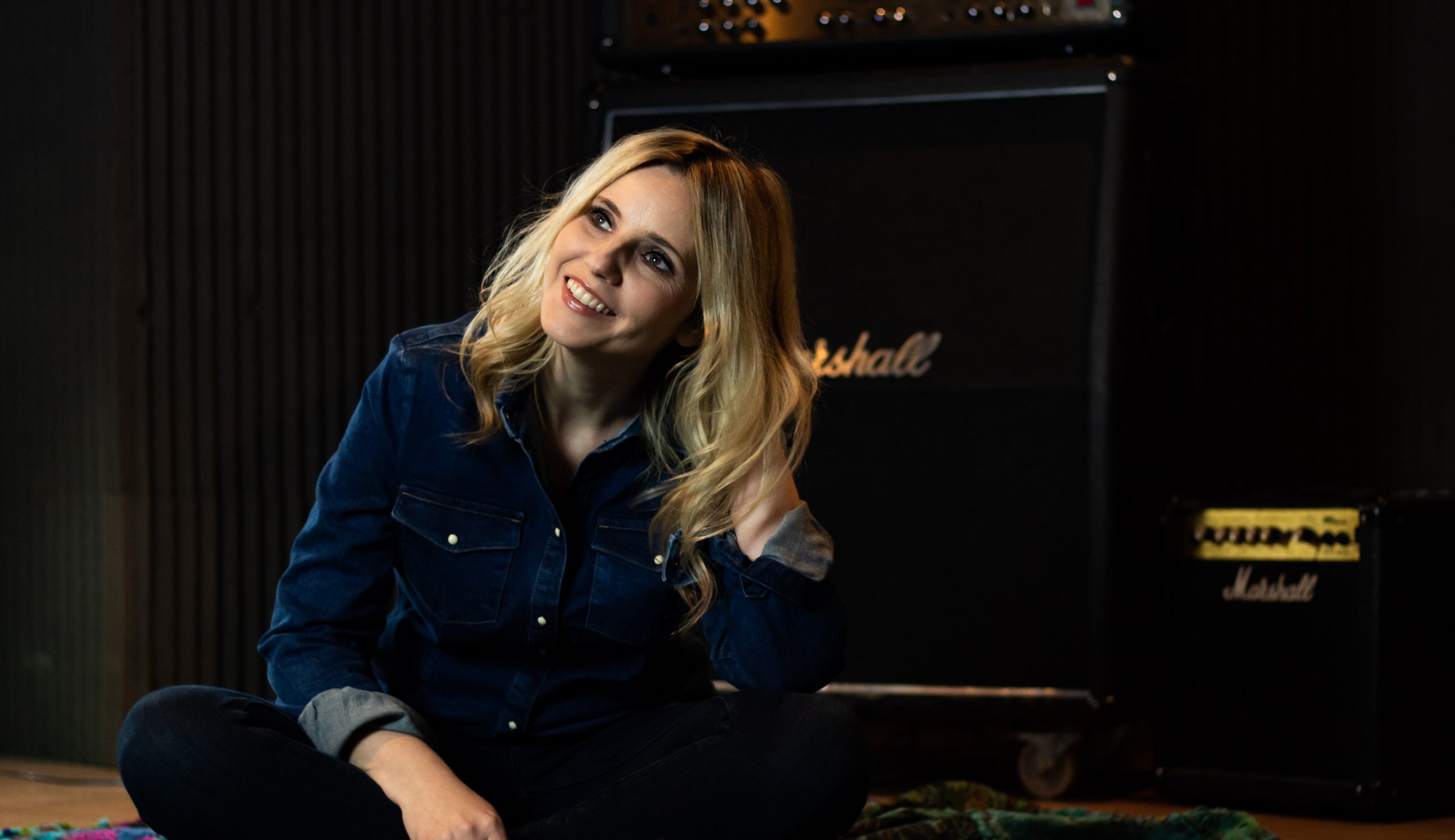 After spending the past many years touring extensively with renowned guitarist Clive Barnes in Germany, the USA, the UK, Finland, the Czech Republic, Slovakia and Ireland Luan returned to the studio to record her fourth studio album ‘Never Say Goodbye’ which was released to critical acclaim on 7th February 2020. The album which she co-produced with Clive Barnes, features 10 original tracks including two co-writes and productions with Dire Straits guitarist Hal Lindes. ‘My Something Beautiful’, was the first single release from the album on 17th January 2020, kicking off Luan’s nationwide sell out tour. Unfortunately due to Covid-19 the tour was brought to a halt & dates rescheduled.

Upon it's release, ‘My Something Beautiful’ hit the No.2 spot on the iTunes charts. Luan released three further singles from the album 'Change Your Mind', 'The Ghost of Martha' and the title track 'Never Say Goodbye'. All 4 singles were playlisted Ireland's national radio station RTÉ Radio 1.

"With a voice pure and true, Luan Parle sings from the heart but aims for the gut. From lovelorn country ballads to gothic Americana to hard-hitting social commentary, with this album Luan's songwriting has matured to the point where she can rightfully claim to be the Emmylou of the Emerald Isle." Nick Kelly - Music Editor, broadsheet.ie

Her Top 10 hit single ‘Ghost’ spent three months in the Irish Charts and was the most-played Irish single in the same year, also featuring on numerous Number 1 compilation albums.

To-date Luan Parle has released four studio albums and an EP. Her début album, First Impressions, was released after she signed to Anim Records at the age of 12 following an appearance on The Late Late Toy Show. In 2002 Luan signed to Sony Music Ireland and released her first single - a Diane Warren penned cover titled ‘When I See You Smile’ - followed by a self-penned single ‘More Than A Ghost’. Parle later went on to re-record the song, changing the title to ‘Ghost’. ‘Ghost’ became one of Luan’s most successful singles; spending 12 weeks in the Irish Charts, peaking at No. 10. Luan recorded ‘Ghost’ in her native language (Irish) ‘Taibhse’, for a charity album which reached No. 1 in the compilation Irish Album Charts. Luan joined James Blunt on his UK & Irish tour and opened for Elton John for three nights at London’s Hammersmith Apollo.

Luan recorded an album with Grammy Award-Winning producer Bill Bottrell in Mendocino, California. To-date the album has yet to be released. She holds the Meteor Ireland Music Award for ‘Best Irish Female’, other accolades include; ‘Tatler Woman Of The Year Award’ and ‘Big Buzz Award Most Stylish Female’. In 2010, Luan released her album ‘The Full Circle’ to critical acclaim with one of the tracks ‘Sita’ featuring on ‘A Women's Heart Then & Now’. In 2012 ‘The Little Match Girl’, a co-write with Gavin Ralston, featured on RTÉ Radio 1’s album release ‘A Murray Christmas’ which went to No. 1 in the Official Irish Compilations Chart.

In 2013 ‘My Hero’, a song written by Luan and Gavin Ralston with a group of Secondary School students was released. The song topped the iTunes charts and reached No. 7 in the Official Irish Charts. It featured on many entertainment news sites while also making The Journals’ top stories that year. Paddy Power was even taking bets for a Christmas No. 1!

November 2014 saw Luan release ‘Day Is Done taken from Luan’s EP ‘Roll The Dice’. Further single releases ‘Roll The Dice’ and ‘You’re Not Here’ followed, which all topped the iTunes Chart; ’Day Is Done' peaked at No. 8 in the Irish Radio Airplay Chart reaching an audience of almost 8 million listeners.

In September 2017 Luan returned to the classroom alongside IMRO (Irish Music Rights Organisation) to deliver a songwriting workshop to the students of Coláiste Chill Mhantáin. The resulting song, Your Love Still Guides My Way, performed by the students, was released through Luan’s own label LPR Records and was launched by Minister for Health Simon Harris, all proceeds were donated to the Irish Heart Foundation and The Alzheimer Society of Ireland. 'Your Love Still Guides My Way' went straight to No.1 in iTunes and No. 10 in the Official Singles Downloads Chart on Friday 29th September, 2017.

2019 saw Luan make a return to TV, presenting a songwriting series for IMRO & RTÉ's Ireland's Favourite Folk song in which Luan interviewed well-known Irish Singers/Songwriters. Ireland's Favourite Folk Song was launched on The Late Late Show in January 2019 where Luan joined a stellar line up including Eleanor McEvoy and Paddy Casey to perform a rendition of Raglan Road. Luan was a director of IASCA (Irish Association of Songwriters, Composers & Authors) for 10 years.

Since March 2019 Luan has appeared as a regular panelist on Irish Television's 'The Elaine Show' Virgin Media One.

“With Never Say Goodbye, Luan Parle has delivered her finest collection of songs to date…The single, ‘My Something Beautiful', blends jangly pop/rock smarts with country textures…guitar- driven with an insistently jaunty pace, it’s is the kind of song which would sit happily in the repertoires of Emmylou Harris, Natalie Merchant or even The Bangles. There are echoes too of Fleetwood Mac in the seductive chorus and the tune is firmly grounded in that classic, West Coast FM radio sound which has proved so enduring over the years. To put it another way, If Parle guested with [the late] Tom Petty’s Heartbreakers at their peak, the results would sound something like this..”

“Making the transition from child star to adult contemporary artist is a near impossible task in the arts. Very few have made that progression with any degree of success. Luan Parle has managed to achieve this and has kept her career train firmly on the tracks since recording her debut album FIRST IMPRESSIONS at the age of 12. Her music continues to be radio friendly, easy on the ear with melodies that sit comfortably between country and pop. She has most certainly hit the bullseye once again with NEVER SAY GOODBYE. Regardless of how strong the song writing and musicianship are, the real winner is Parle’s instantly recognisable voice which is as sharp and self-assured as ever. With NEVER SAY GOODBYE, Parle has delivered an album that will retain her standing as one of Ireland’s leading lights in the Country Pop genre.”