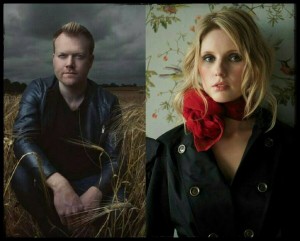 Meteor & Tatler Award winner Luan Parle has had numerous hits and accolades having signed her first record deal at just 12 years of age. She has written and recorded with some of the world’s most successful songwriters and producers including Grammy award winning Bill Bottrell (Sheryl Crowe, Michael Jackson, Prince, Travelling Wilburys, Elton John) & Billy Steinberg (Madonna, Roy Orbison, Cyndi Lauper, The Pretenders, Whitney Houston, The Bangles, Celine Dion).
Clive Barnes is highly regarded as one of the finest performers on the roots circuit and will accompany Luan on stage while also playing a solo set for what promises to be a very special night of music and an opportunity to see both these performers together.