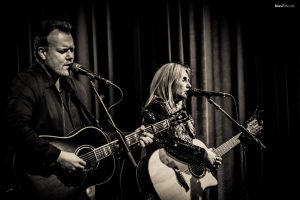 Time : 8.00pm
Venue : The Whale Theatre
Address : Theatre Lane, Adjacent Meridian Point, Greystones, Co Wicklow
Zip : A63 V1F8
Phone : +353 (1) 2010550
Contact Email : [email protected]
Contact Website : http://whaletheatre.ie
Welcome back to The Whale Theatre! Please read our Covid-19 Guidelines in full before booking your tickets and before attending a performance. Please note, this is a socially distanced performance with a reduced capacity so please make sure to book your tickets early to avoid disappointment.

You will receive further information via email about our Covid-19 Guidelines and what to expect at the venue prior to the performance date, but if you have any specific questions please contact [email protected]

Meteor & Tatler Award winner Luan Parle has had numerous hits & accolades including Meteor Award for Best Irish Female. Her top 10 hit single ‘Ghost’ spent three months in the Irish Charts and was the most played Irish single of that year.

Luan will be playing songs from her latest album ‘Never Say Goodbye’ released last year to critical acclaim as well as songs from her back catalog. Luan will be accompanied by renowned guitarist Clive Barnes who is highly regarded as one of the finest performers on the roots circuit and has been gaining a worldwide reputation as one of the finest songwriters and guitarists on today’s scene.

Having released four critically acclaimed albums of his own, he has played and recorded with some of the finest musicians on the world stage including Joe Cocker, Taj Mahal and Eric Bibb and also shared stages with Dr John, Jeff Beck, Solomon Burke, The Blind Boys of Alabama, & Gary Clark Jr to name but a few.

“Clive is a guitarist who can make one guitar sound like six. Barnes transported the entire, hushed venue across the Atlantic to where the paths taken by the Delta Blues, Tom Waits and Bruce Springsteen all led to his own special territory. Balancing intensity with between song banter that would challenge any stand-up, Barnes’ songs were a revelation ”Harry Guiren – RTÉ Television (National Broadcaster)

“With a voice pure and true, Luan Parle sings from the heart but aims for the gut. From lovelorn country ballads to gothic Americana to hard-hitting social commentary, with this album Luan’s songwriting has matured to the point where she can rightfully claim to be the Emmylou of the Emerald Isle. Nashville are you listening?” Nick Kelly – Music Editor broadsheet.ie