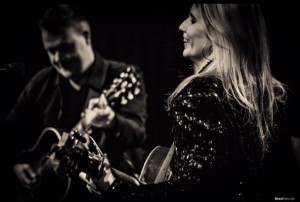 Time : 8.00pm
Venue : Sounds of Summer
Address : Orchard Peace Park Enniscorthy Convent Road Enniscorthy, Wexford Ireland
Phone : +353539121974
Contact Email : [email protected]
Contact Website : https://lantern.ie/
LIMITED AVAILABILITY
Two of Ireland’s finest songwriters and performers Luan Parle and Clive Barnes have for many years been gaining an international reputation as solo performers. For the past several years they have been performing together to sold out audiences across Ireland, US & Europe.

Clive Barnes is highly regarded as one of the finest performers on the roots circuit and has been gaining a worldwide reputation as one of the finest songwriters and guitarists on today’s scene. Having released four critically acclaimed albums of his own, he has played and recorded with some of the finest musicians on the world stage including Joe Cocker, Taj Mahal and Eric Bibb and also shared stages with Dr John, Jeff Beck, Solomon Burke, The Blind Boys of Alabama, & Gary Clark Jr to name but a few.