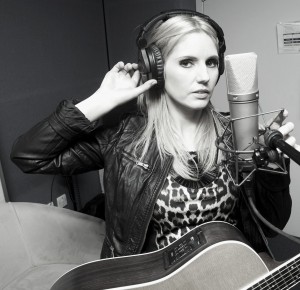 
Venue : Marino College
Contact Email :
Contact Website : http://www.fivelampsarts.ie/
Over the past 10 years, Luan has been bringing songwriting & performance workshops to people of all ages around Ireland through her own company LPR Records, through IMRO, Music Generation, The International Literature Festival Dublin, Five Lamps Arts Festival among other organisations.

Luan held a songwriting workshop with the transition year girls from Presentation Secondary School Clonmel in association with IMRO for RTE’s Big Music Week some years back. The song written during the workshop titled ‘My Hero’ became a great success and was released for St Vincent De Paul Charity two weeks before Christmas reaching number 7 in the Irish charts. Paddy Power was even taking bets for a Christmas number 1.

In April of last year Luan brought 5 songwriting workshops in association with IMRO to 5 secondary schools around the country including Colaiste Chill Mhantain in Wicklow. She was so impressed by the song written during the workshop that she organised for producer Gavin Ralston to visit the school and record the song with the students. Luan released the song as a single through her own record label LPR Records on September 22nd 2017 and donating all proceeds to The Irish Heart Foundation for prevention of Heart Attacks and Stroke and The Alzheimer Society of Ireland. The single was launched by Minister For Health Simon Harris, went straight to no,1 in iTunes and no.10 in the official single download charts Friday September 29th.

Luan Parle is a director of IASCA Irish Association of Songwriters, Composers And Authors