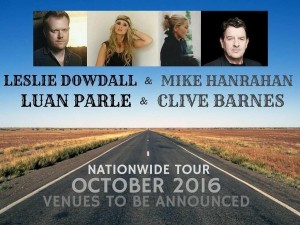 Time : 8.00PM
Venue : The Hot Spot
Address : Harbour Lodge, Cliff Road, Greystone
Phone : 087 291 7519
Contact Website : http://www.thehotspot.ie
Four of Ireland’s finest are coming to a venue near you to showcase their song writing and performing talents in an intimate setting.